The class-mate is is a programming game, where the goal is to develop a humanoid to battle against other humanoids. Our class-mate provides an effective method to write a software code based upon object oriented paradigm. Developers (and even for students who are not familiar with object oriented paradigm) can improve their programming skills by composing a C++ humanoid robot as a part of game plays. Specifically, our class-mate allows them to learn the features behind object oriented paradigm such as the polymorphism, inheritance design, and so on, in a natural way. The purpose of our class-mate project is similar to java Robocode project (http://robocode.sourceforge.net/). However, unlike java, C++ have no virtual machine or runtime library, which allows to dynamically link diverse user's programmed objects on demand. To this end, we implemented a COM-based dynamic linkable object method and framework, which can make students or developers to visualize their humanoid robots and play a game to battle upon its virtual environment, which mimics a java virtual machine. In this project, I was the project leader and developed the lexical analyzer and parser for C++. 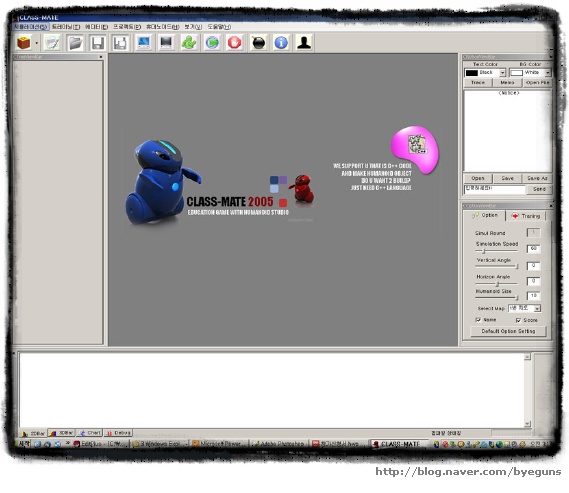 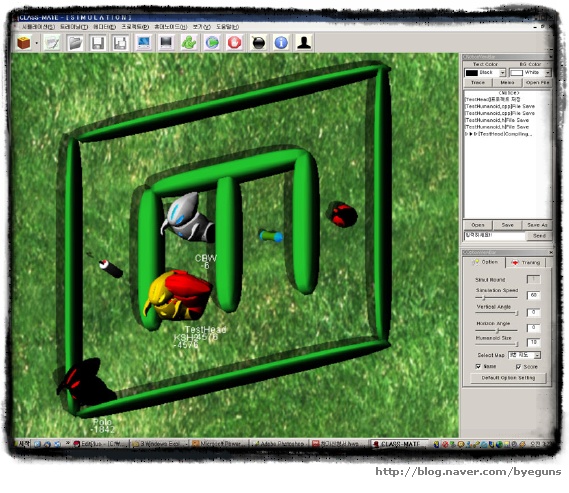 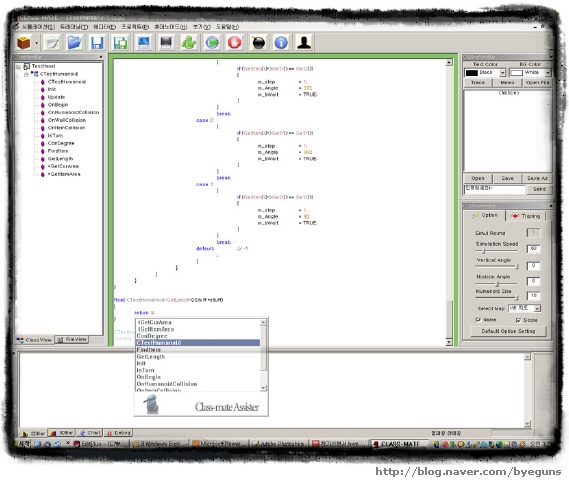 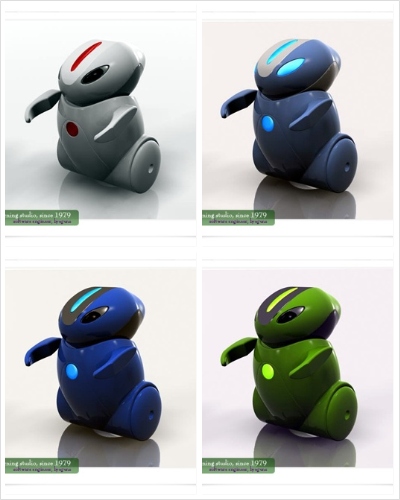 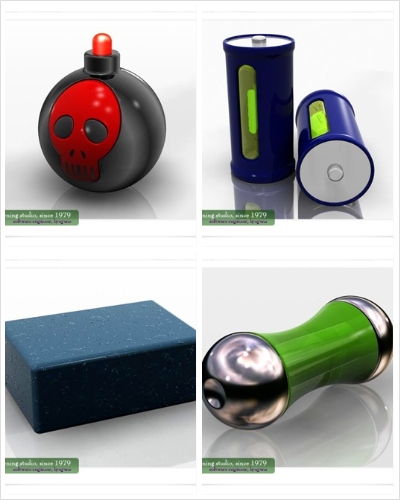 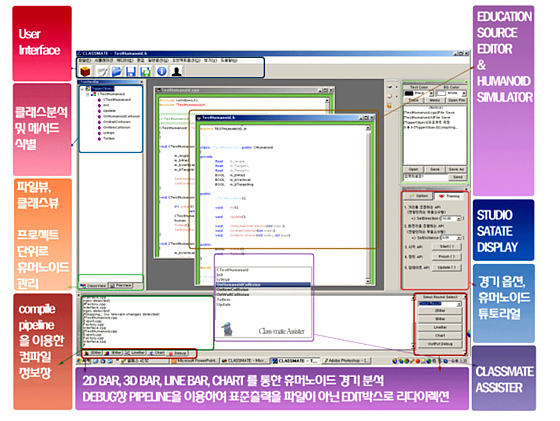 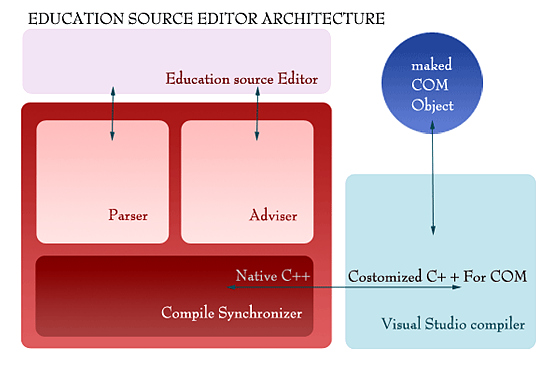 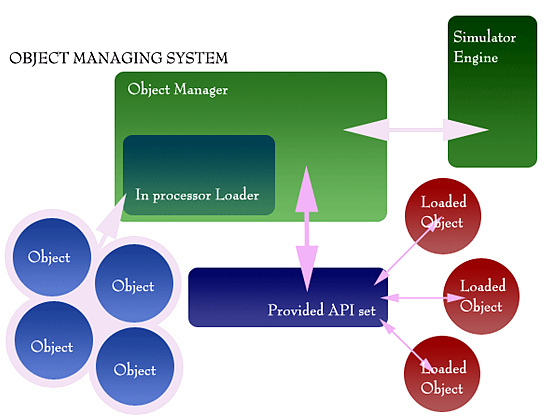 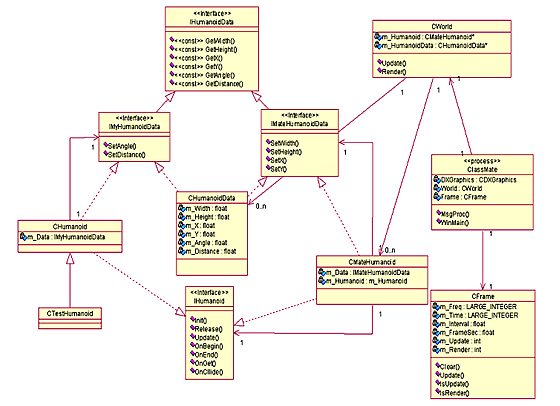