We are always interested in offering a valuable research vehicle to understand how the evolution of emerging non-volatile memory technologies and massively parallel chip architectures can be guided by close-coupled feedback with the design of the application, algorithms, and hardware together. So far, we built up several hardware prototypes, FPGA-based memory controllers and simulation frameworks that capture low-level memory characteristics.

SimpleSSD is a high-fidelity SSD simulation framework designed towards an educational purpose. It builds up a complete storage stack from scratch, models all detailed characteristics of SSD internal hardware and software, provides promising simulation speed, and can be integrated into publicly-available full system simulators. We have verified our simulation framework with commercial SSD and our experiments demonstrate high accuracy of simulation results.

OpenNVM can cope with diversified memory transactions and cover a variety of evaluation workloads without any FPGA logic block updates. In our design, while evaluation scripts are managed by a host, all the NVM-related transactions are handled by our FPGA-based NVM controller connected to the hardware circuit board that can accommodate different types of NVM product and our custom-made power measurement board. This open scheme has been developed to generate exhaustive, empirical data of emerging non-volatile memory in a configured, programmable FPGA based hardware prototype in order to serve the area in research on memories, especially non-volatile type.

NANDFlashSim is a flash simulation model, decoupled from specific flash firmware and supports detailed NAND flash transactions with cycle accuracy. This low-level simulation framework can enable research on the NAND flash memory system itself as well as many NAND flash-based devices such as Flash-based SSD, eMMC, CF memory card, mobile NAND flash mediums etc. We have been evaluated a hundred thousands of NANDFlashSim instances on NERSC Hopper and Carver supercomputers. You can download source code from code. 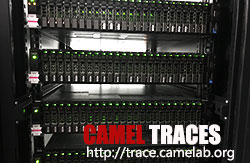 Storage traces are widely used for storage simulation and system evaluation. Since high performance SSD, flash array and NVM systems exhibit different I/O timing behaviors, the traditional traces need to be revised or collected on relatively modern systems. To address this, we are collecting different types of traces with many different combinations of devices and systems. Our trace repository distributes traces collected on Kandemir, Wilson, John and Donofrio machines under different types of parallel file systems such as lustre and ceph. Hope that we can secure more traces, which can help storage system and architecture communities to make better and easy-to-reproduce research. 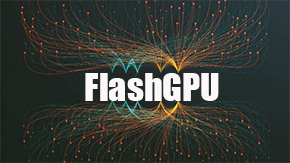 FlashGPU is a MacSim-based GPU simulation model that integrates with SimpleSSD. This research framework can be basically used for exploring an emerging GPU platform that would employ flash wihtin its discrete device. The current version of FlashGPU replaces global memory with Z-NAND that exhibits ultra-low latency. It also architects a flash core to manage request dispatches and address translations underneath L2 cache banks of GPU cores. While Z-NAND is a hundred times faster than conventional 3D-stacked flash, its latency is still longer than DRAM. We expect that many different types of persistent memory subsystems, algorithms, controllers can be researched to address such long latnecy issues on flash in cases where ones require putting flash into massive GPU core network.

SystemC interface converter (SCIC) enables DRAMSim to be integrated with comprehensive pin-level system simulation models. SCIC manages protocol difference between the DRAMSim and SystemC interface. SCIC also provides storage resources for modeling data movement. Additionally in this project, a pin-level protocol (Transaction Level 0) is introduced it to the memory system model of DRAMSim; therefore, the memory system can be harmonized to other simulators that employ SystemC or HDL simulation. You can download the source code from code. 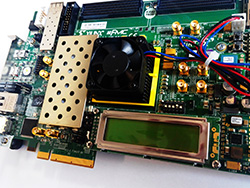 In this simulation framework, NVRAM software stack on multi-channel architecture are fully implemented, and diverse parameters/algorithms are reconfigurable (e.g., buffer cache, NVMHCIs, flash drivers, flash translation layers, physical layouts). Hardware components are emulated in a cycle-level by multiple NANDFlashSim instances, DRAM simulation instances, and virtual channel and controller modules. Flashwood can also evaluate dynamic energy and power consumption by catching all the different components' activities. The code for the flash software in the framework and device simulation code are around two hundreds thousand of lines and ten thousand of lines, respectively. 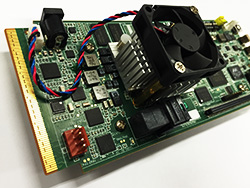 CoDEN is a novel hardware/software co-design emulation platform, which not only offers flexible/scalable design space that can employ a broad range of SSD controller and firmware policies, but also capture the details of entire software/hardware stacks for SSD-accelerated near data processing. Our CoDEN can be connected to a host through PCI Express (PCIe) interface, a high performance memory bus, and recognized by the host as a real SSD storage device.